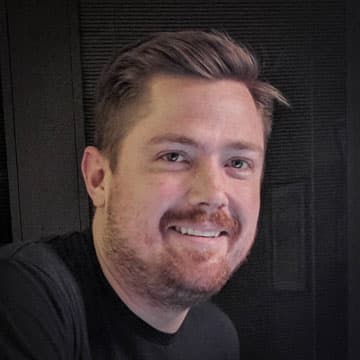 I sent Google a demand letter for breach of contract

It’s been two weeks since Google demonetized my YouTube channel alleging that its Adsense account is related to some other banned account. This seems to be a mistake but other then my appeal that was denied five hours later in the middle of the night I haven’t been able to contact anyone at Google who can fix it.

Right after it happened I wrote up a blogpost with all the details here: benbjurstrom.com/youtube-demonetized. My hope was that by amplifying my story on social media I could get the attention of someone at Google or Youtube who could help.

I did hear from two other YouTubers who reached out with the same story; that Google wrongfully closed their Adsense accounts for allegedly being related to some other account. So far they haven't been able to talk to anyone with the authority to fix their issue either.

Given I've already found two others I’m guessing there are many YouTubers similarly situated. Which certainly raises questions about whether Google is performing their duties under the contract with reasonable care and in good faith. But I’ll save that for a later writeup.

I also got a tweet from @TeamYouTube saying they were looking into the issue for me, but after publicly pretending they were doing something useful they slid into my DM’s to say there’s actually nothing they can do.

So unfortunately as of the date of this post I haven’t heard from anyone who has the authority to fix Google’s mistake. And to be honest I didn’t really expect to at this point. I recognize that I don’t have enough of a following to create a sufficient outcry.

It was always part of my plan that once Google missed their first contractually obligated payment that I would send them a demand letter as a precursor to litigation. I don’t believe there’s any requirement that I send such a letter before filing a lawsuit. But I want to give Google every opportunity to fix their mistake without wasting time and money on unnecessary litigation.

Though I am an attorney and member of the State Bar of California. I am not your attorney. None of what I say in this article should be construed as legal advice and no attorney client relationship exists between us.

All analysis applies purely to the wrongful termination of my company’s Adsense account and if you’ve had an Adsense account closed you should consult with an Attorney as the facts and applicable law may be different in your situation.

Letter of Demand for Breach of Contract

I certainly hope someone in their legal department will see it and reach out to try and avoid litigation.

I also submitted the letter in the body of a second appeal despite Google stating only one appeal will be reviewed every 90 days. Since the official Appeals Form has been repeatedly identified by Google's representatives as the only method of communicating with those authorized to fix this mistake.

Within a few minutes I received this response:

Hello, Thanks for contacting Google AdSense. According to our records, you already have an appeal pending with us. Please rest assured that we've received your request and one of our policy specialists will be reviewing your case soon. Once we have reviewed your appeal, you will receive a notification indicating our decision. In the meantime please do not file any further appeals. We appreciate your patience and understanding. Sincerely, The Google AdSense Team

Already have an appeal pending? Google sent me the denial of my first appeal two weeks ago. I'm guessing this is an automated response that gets sent to all submissions within 90 days regardless of whether a decision had been made on the initial appeal. Either way it will be interesting to see how Google explains this in court.

1: That there is a contract.

Which in this case is the Adsense Terms of Service and its incorporated polices. I think the fact that my company and Google entered into a contractual agreement would be undisputed.

2: That the Plaintiff did all, or substantially all, of the significant things that the contract required it to do.

Now as we know Google is alleging my company violated the Adsense policies through its alleged relation to another banned account.

But as a factual matter that is simply not true, there is no such relation. If Google is mistaken, as I allege, then my company was at all times performing under the contract and this element is met.

3: That the Defendant had an obligation under the contract that it did not perform.

If your Account is in good standing through to the time when Google issues you a payment, we will pay you by the end of the calendar month following any calendar month in which the balance reflected in your Account equals or exceeds the applicable payment threshold.

4: That the Defendant’s breach caused the Plaintiff damage.

Here we have the obvious direct damages of the withheld $486.58. I don’t believe there would be any dispute that this money was earned and that Google withheld it.

So all four elements are met and my claim for breach of contract appears to be on solid legal ground.

But surely it can’t be that easy right? Google’s Adsense contract governs the distribution of billions of dollars every month. It must be iron clad and any litigation against Google for breach of contract could never survive a motion to dismiss.

I thought the same thing when I started researching this issue. That is until I read the Free Range Content v. Google case. In Free Range Content a number of Adsense publishers had their accounts closed after Google detected invalid click activity on their websites.

The publishers sued alleging, among other things, that Google breached the Adsense terms of service by withholding their Adsense revenue from the prior month.

Incredibly the US District Court for the Northern District of California denied Google’s motion to dismiss on the breach of contract claim. Essentially the court held that Google did not prove as a matter of law that the Plaintiffs failed to perform under the contract.

Which is exactly what I’m arguing in my demand letter. That Jelled Media has at all times performed under the contract since the allegation that it’s related to some other banned account is false.

So now we wait to hear something from Google regarding my demand letter. If we don’t then I’ll be filing a lawsuit for breach of contract and related causes of action at the beginning of September in beautiful Santa Clara County, California.

And with that I’ll leave you with the last two paragraphs from my demand letter.

Despite my best efforts I have been unable to contact anyone with the authority to review this issue. It seems that Google has done this by design to save administration costs, leaving litigation as the only viable alternative.

That Google with an almost two trillion dollar valuation would waste the court’s valuable resources instead of providing basic customer service to resolve their mistakes is shameful.